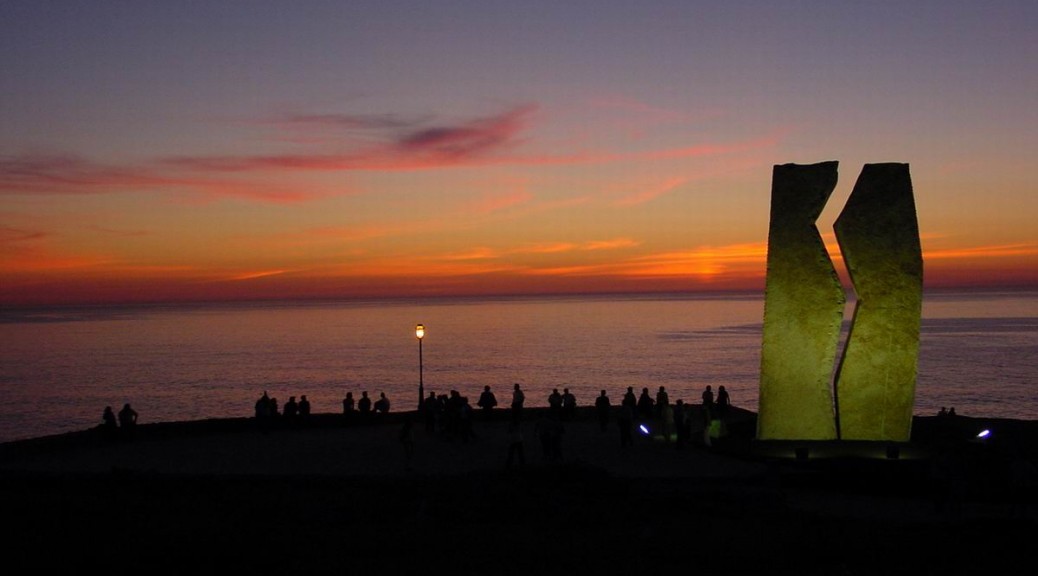 At 15:15 on November 13th in 2002, the Bahamas registered vessel Prestige, a single-hull oil tanker, launched an S.O.S up to 20 miles (50 kilometers) off the coast of Finisterre. The nightmare started at that moment.

The vessel, built in Japan 26 years ago, a leak probably caused by a blow from the sea that knocked against two empty starboard side tanks, which made it heel 45 grades. The age of the vessel must have been the main reason of the leak. Surprisingly, it has appeared on the right side that had been repaired a few months ago at a Chinese shipyard.

One hour after the warning sign, the twenty four crew members are rescued by two helicopters. Only three people remained on the vessel: the captain, the first officer (second-in -command) and the chief engineer officer. At 5 o´clock in the afternoon, the first liters of fuel oil, started contaminating the Atlantic.  In order to avoid the spilling of more oil on the ocean, the tanks on the left side are filled up with water to try to keep the vessel in balance. Consequently, the vessel recovers its horizontal alignment, but, according to the technicians, it provokes a “severe overload”. Maritime Authority states that with this overload the vessel is not allowed to enter the Port of A Coruña, so, it is forced to stay in the high seas. From this moment on, a series of errors were committed. It´s known that the draught after the vessel recovered its balance after filling up the tanks (14,3 meters) was enough to enter the port (18 meters) and its tanks could have been emptied to avoid the oil spill.

From then on, the vessel owner, the Government and the salvage enterprises that had been hired start arguing to decide about the destination of the vessel with its 77, 000 tons of fuel oil. Only the tug boat Ría de Vigo is in the area where the tragedy is taking place. Other 3 tub boats head to the area, one of which has to return to port as it gets damage. Very late at night, the Dutch enterprise Smit Tak signs a contract with the ship owner and it is in charge of the rescue. At this moment, the vessel has lost 6,000 tons of fuel oil that are spread as a huge stain 10,000 meters long and 300 wide. The Governments assures that the vessel will be taken off the coast 120 miles immediately. The tragedy has just started.

Thousands of tons of thick fuel caused an ecological disaster contaminating all our Camiño dos Faros. However, this tragedy brought about a tide of solidarity with the Galician people: thousands of people came from the most different places came to help to clean the coast line. Thanks a lot (“graciñas” in Galician) to all the volunteers, we, the Trasnos will be always thankful for all your help”.

Those days were really difficult, very difficult for all of us. It is then when you realize how vulnerable we are and that we live in a society with different priorities than that of life itself. The last part of this stage takes us to this stretch of the coast till the beach of O Coído, which is considered to be the kilometer 0 of that tragedy.

The monument of A Ferida (“the wound”) as the tribute to the volunteers is the first we see when leaving A Barca. It is a 400-ton monolith of 11 meters high carved in granite whose structure is divided in two.  This division gives shape to a breach that represents a bleeding wound. It was created by the sculptor from Burgos, Alberto Bañuelos-Fournier, paid by a insurance company that paid 120, 000 for its transport expenses, the rent of the cranes and the stone.

We go down along the walkway admiring how each piece of land has its wall made of stones perfectly placed. Obviously, as Muxía is an area with not too much land, these small ones are the ones its inhabitants heavily depend on.

As we are going down, we remember those days, the white tide of people that could be seen in those black “coídos”. Volunteers that, with a lot of difficulty, cleaned all the rocks knowing that with the next tide all their works would disappear leaving the area even in worse condition.

We do also want to make reference to the most important volunteer, the sea. It is thanks to it that we can see the coast as we see and enjoy nowadays. The sea brought the oil to the most inaccessible places but it was the same sea that cleaned it, at least on the surface. What could have happened if this tragedy had taken place on a coast where the sea is less rough? We don´t even want to think about it.

Going down towards the village, and before reaching the beach O Coído, we see one of the two dryers of conger eel that still exist in the area. The fishing of conger eel has been one of the main activities in Muxia for centuries. This type of fish is the reason why there are this kind of dryers which are also a testimony of how the inhabitants used to live. Today the few production goes to Calatayud, where it is considered to be a traditional product. 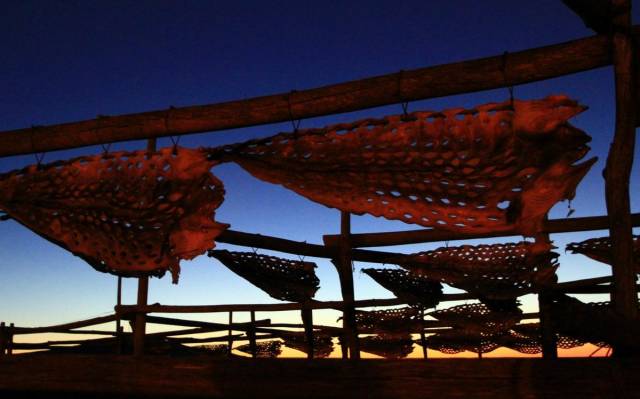 The Beach of O Coído, composed of rocks and sand became, with the first spills of fuel, the Zone 0 of the tragedy. 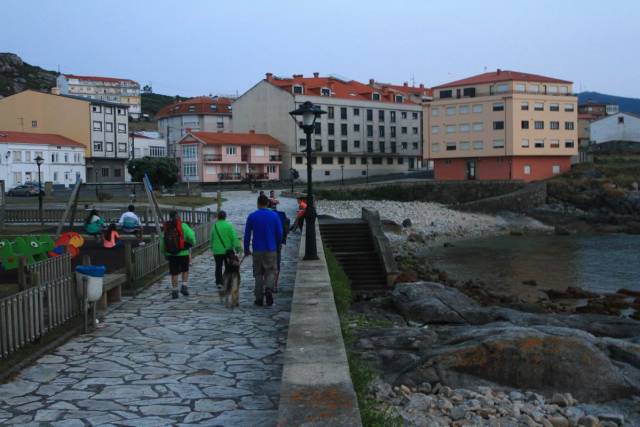 At this point, and after more than 30 kilometers and a 12-hour walking route (following the trasno´s pace), we finish the 6th stage of O Camiño dos Faros that took us from Camariñas to Muxía. The next stage will be the “king stage” (terminology used in cycling), which will take us to Nemiña walking through all the mounts and cliffs.