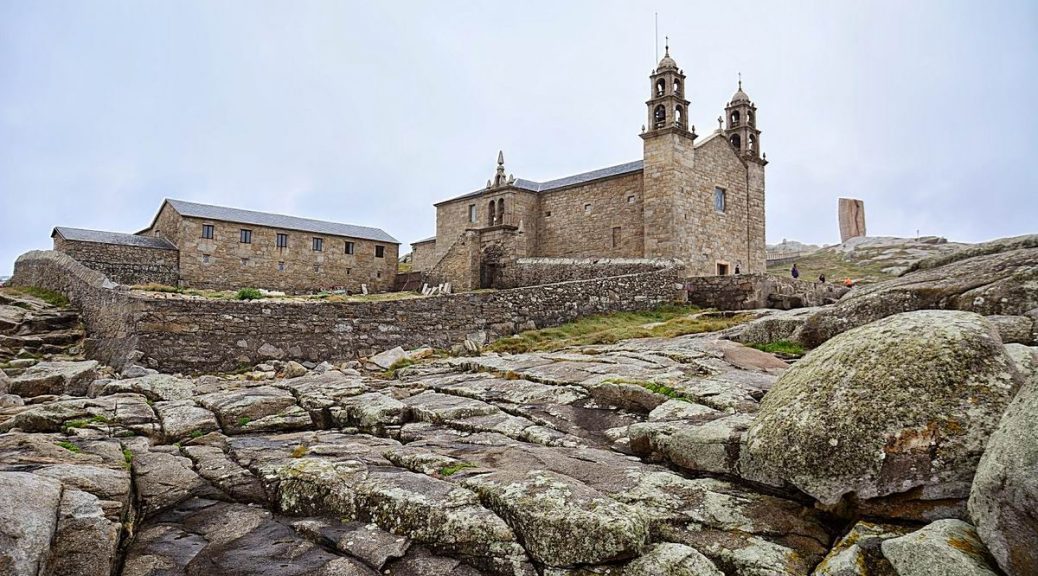 <<Lighthouse of MuxíaWalk of Memory: the disaster of Prestige>>

At the end of this stage, we arrive at one of the key sites in this Camiño dos Faros: the Sanctuary of “ A Nosa Señora da Barca”, which is the end of the way pilgrims carry out who, after visiting the apostle, lead to this area of Finish Terrae to kneel down in front of the image of the Virgin and watch one of the most curious rocks full of legend. 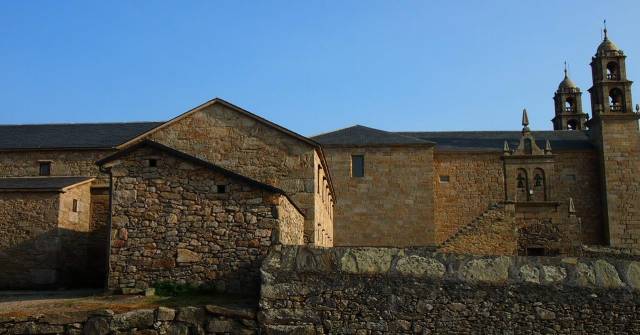 We arrive at the Sancturary of “A Nosa Señora da Barca”, a building that was built to christen a place where some pagan cults were held by the ancient Celts. The first chapel was built in the 12th century and it got its importance as it became the final stage the pilgrims carried out, after visiting the apostle, led to this land Finis Terrae to kneel down in front of the image of the Virgin the legend says the Apostle Santiago encouraged to Christianize this land.

The temple we can see nowadays is the Baroque style and it was built at the beginning of the 18th century, thanks to the donation given by the Counts of Maceda, whose ashes are buried in one of the crypts inside the Sanctuary. 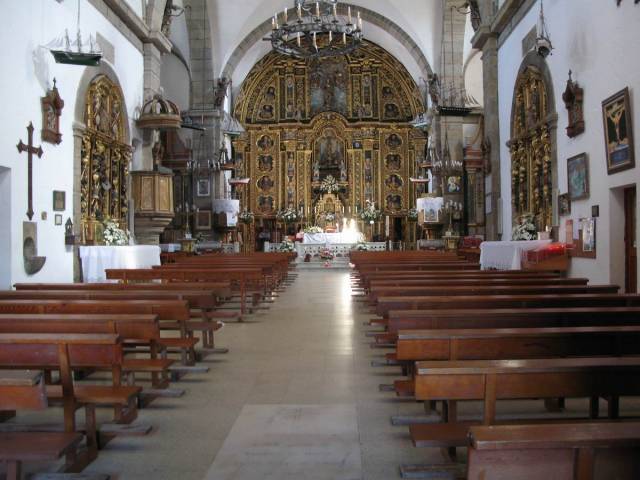 It has a Latin cross floor plan. Inside, the part that stands among the other ones, is the Baroque altar a piece of the sculptor Miguel de Romay. The twelve apostles are represented there standing around the alcove of the Virgin A Barca, who enjoys a great popular devotion.

The cult to the rocks is widespread in the area. The legend says that the Virgin arrived on a boat: the sail (the Rock of Abalar), the boat (the Rock of the Cadrís) and the rudder (the Rock of the Rudder) are the stone remains of the boat that are worth visiting.

The Rock of Abalar (“A Pedra de Abalar”) is a 9-meter long megalith of 30 centimeters thick. Its main feature is that it swings back (abala) when people stand over it, and the rock produces a hoarse sound. The tradition tells that this movement is caused when the people standing over it are free of sins. 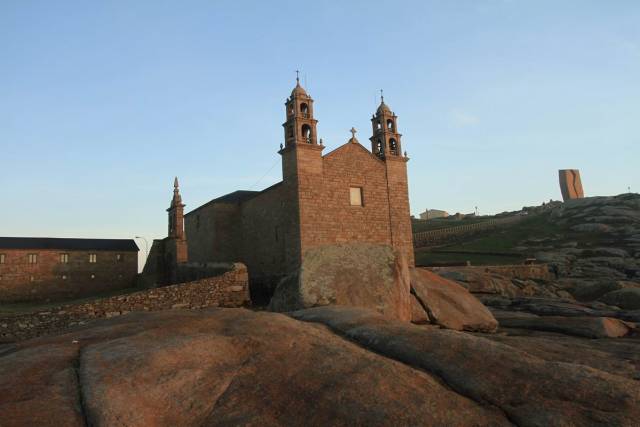 Another legend says that this rock moves by itself to warn against the storms in the rough winter. In 1978, during one tough winter, the rock moved a bit and a part of it broke. Later, it was placed in the spot where it used to be and nowadays it is visited by thousands of “romeros” that go every year.

The Rock of Os Cadrís (“A Pedra dos Cadrís”) has the shape of a kidney (“cadrí” in Galician) and it is the rest of the boat of the Virgin. According the costume, the “romeros” have to walk under it 9 times to heal their rheumatic pains and the ones related to the kidney. Under this rock, the statute of the Virgin was found and taken to the Church. Somehow, it disappeared from the religious building and it appeared again under the stone. At the end, the sanctuary was built there.

Along the second week of September, around the sanctuary and in the village of Muxía one of the oldest “romerías”in Galicia takes place. It is also known that it is the most visited one: The Romería of “Nuestra Señora da Barca”.

There is no better place to finish this stage of O Camiño dos Faros: sitting on the Rock of Abalar at the sunset, enjoying it watching the kind of frightening sea of Muxía.  A Costa da Morte is a magic land and in moments similar to this one we realize that we live in a privileged area, where everything is a piece of art: the sea, the sun, the land, the seagulls… all of them come together to create a paradise on earth. 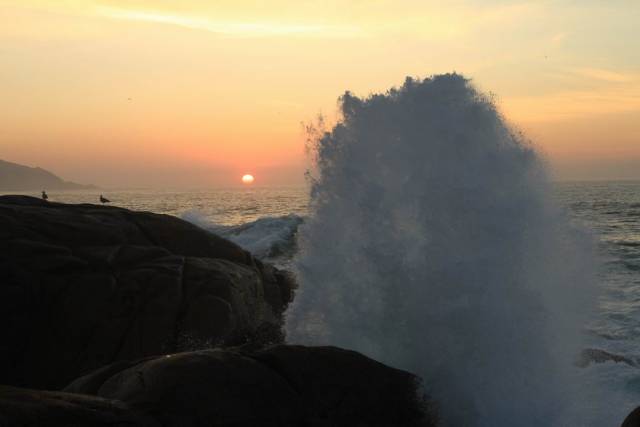 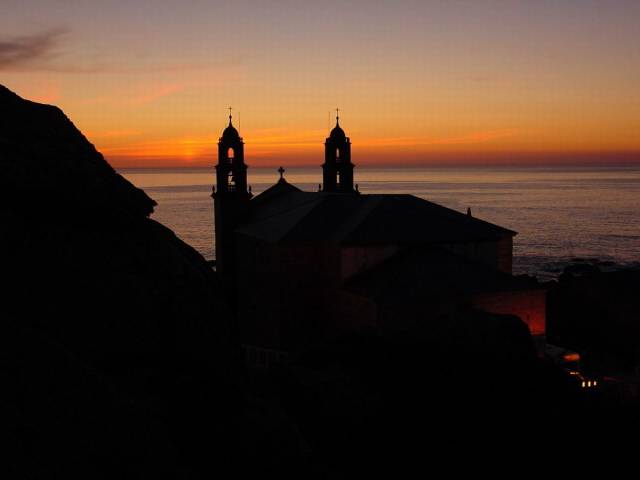