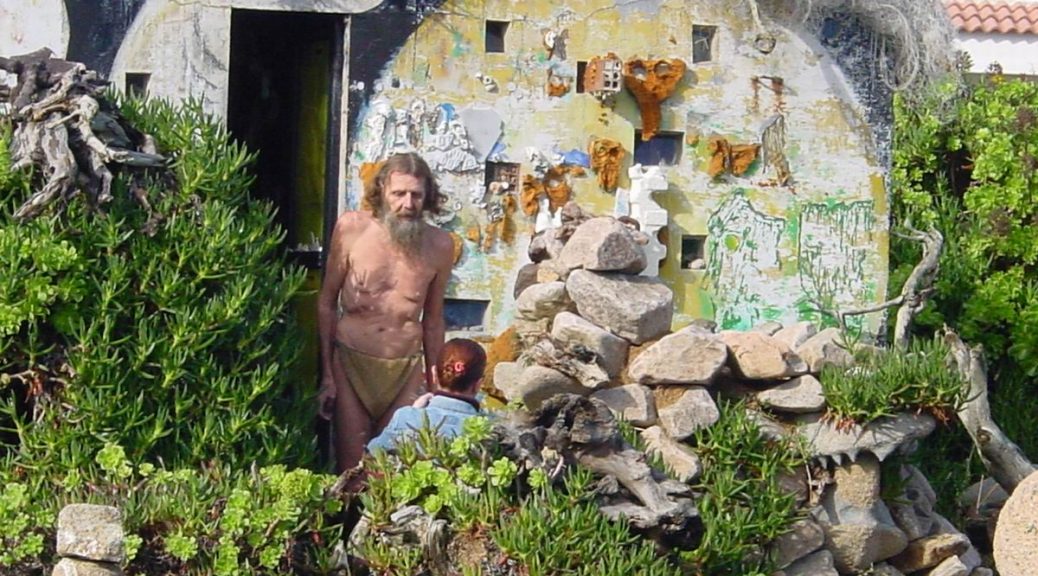 Long time ago, a young German man arrived in Camelle and he decided to live there because of all the wonders of this area. His compromise was mainly to live in perfect harmony with the environment, and it is this harmony that can be perceived in this open air museum he used also as his house. 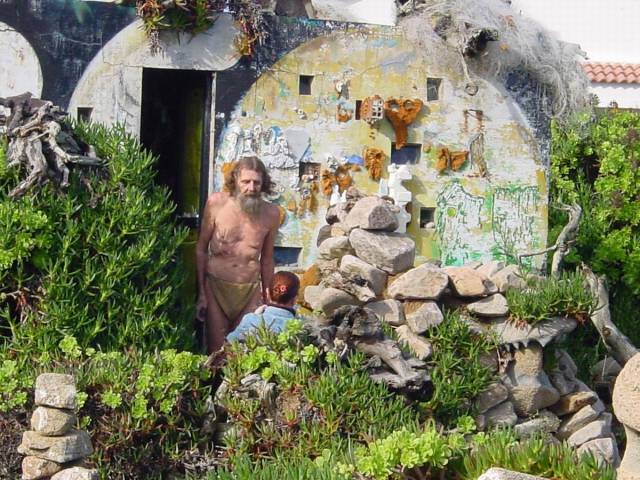 Manfred Man died in December, 2002, days after the vessel Prestige spilt all its load of hydrocarbons in this coast, which affected his Museum. We do want to contribute to maintain a persistent memory of his figure as a lover of nature and the ruins we visit nowadays recover the charm he used to spread on them. 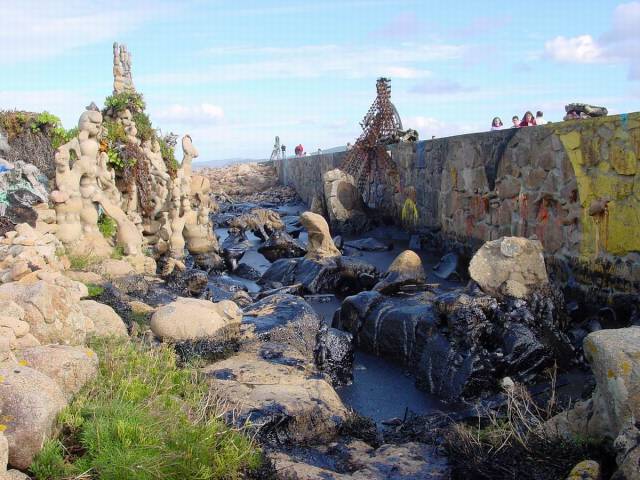 His appearance was peculiar: tall and thin, with long hair and a long beard and the only piece of clothing he used to wear was a loincloth. He lived in the center of the museum, a house painted with colorful circles that are fundamental in his work.

The history of Man is that of a German man who, as some other ones, in one of his leisure trips arrived in this area. He arrived in 1962 and he definitely stayed here. At first, he stood out for being corpulent and wearing very neatly. He used to wear properly, attended the Mass on Sunday and he got along with everybody. But an unhappy love affair with a teacher from the village caused a huge change on him. He bought a piece of land and built a small shelter with his own hands. And it was in this shelter, where he started this unique relationship between him and the sea.

Man was a sportsman. His long walks along the mounts to pick up some material for his works and the long distances he used to swim reaching sometimes the beach Traba, together with a vegetarian diet helped to keep him fit till he died. He had gone to the doctor´s only once because a dog had bitten him.

The museum is a collection of pebbles and stones, animal bones and fishing gears, perfectly matching ones with the other ones. The pieces with spherical and circular shapes are the most numerous ones that occupy most of the dock. 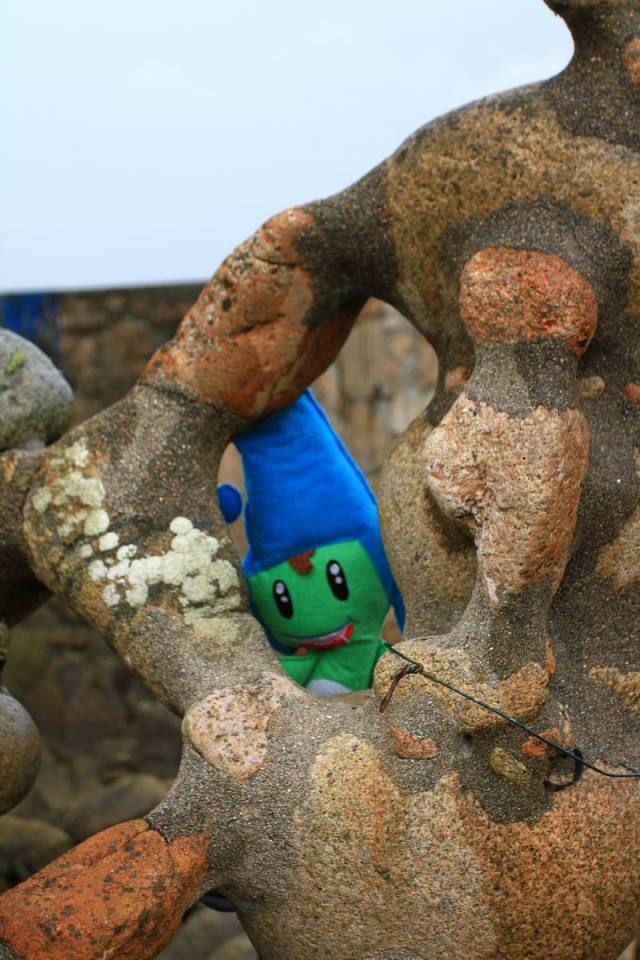 As you could read at the museum´s entrance: “Watch, 1 euro”. 1 euro per person and another 1 if the visitor took photos. Man gave the visitors a colored pencil and he asked us to paint what we saw. After finishing the drawing, we had to sign, write our name and date of birth. According to him: This is just to use free interpretation and children create something with their own imagination. And I give the children a notebook to draw freely something about the museum. The museum is the tree, and every page of the notebook a leaf and every drawing is a piece of fruit of that tree”. Smoking was forbidden as Man didn´t want smoke in his sky.

Apart from visiting the museum, we suggest walking along the dock from where we have a different perspective and see how it is integrated in the environment that surrounds it. When there were some construction works on the dock, he lay down on the floor to create 3 silhouettes. 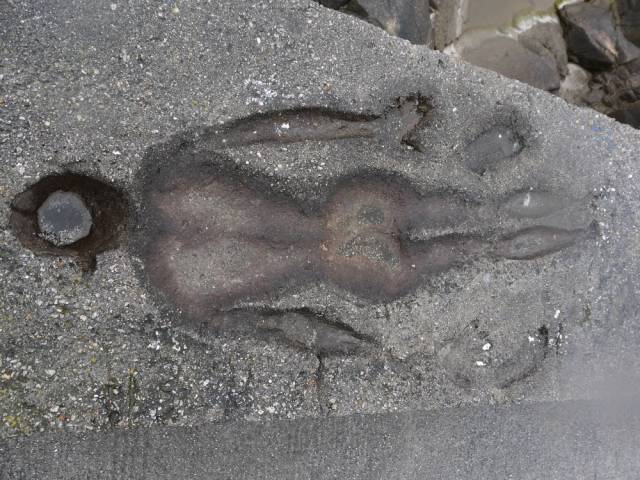 On November, 16th 2002, the first swell of oil flooded his museum. Man said in his peculiar Spanish: “Tell this never should be cleaned..to be part of the History. Should stay like this, to make us remember who is human being, because human being not love human being, or the sea, or the fish, or the beach”

On December 28th, he died and with him a unique work.

Man is a man that should be remembered not only because of the love for nature he showed on this corner on the Galician coast but also because of his art that represented this area as nobody had been done before. However, his legacy is in risk. Neither the local government nor the inhabitants of Camelle have been able to keep in good condition this unique treasure.

But his idea can definitely be kept…and there are loads of pebbles and stones.

From the museum´s entrance we took off on our left to lead to Arou.