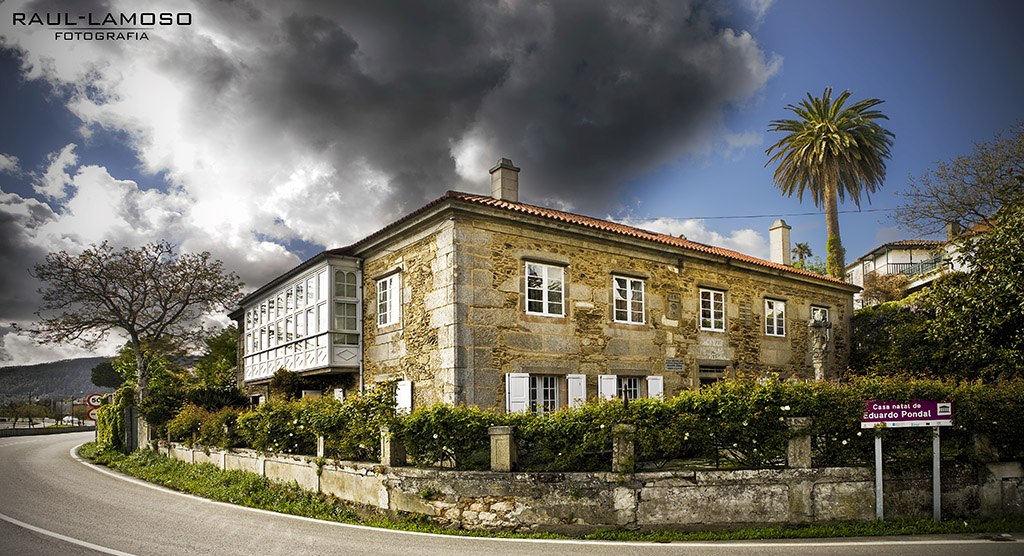 The “pazo” (“pazo” is the Galician word used to describe big rural houses that used to be inhabited by people from the high classes),  where Eduardo Pondal was born in 1835 is placed in the mouth of the river Anllóns. This poet, contemporary of Rosalía de Castro and Curros Enríquez, described as nobody has done the wonders of Bergantiños. Together with Manuel Murguía, he is a staunch defender of the Celtic print in this land. From that point, the “Pondalian” route starts and it gets to the MountBranco when we review all the works by Eduardo Pondal as his poems are engraved in different stones.

A part of his poem “Queixume dos Pinos”, together with the music by Pascual Veiga, is part of the Galician Anthem and it is the icing of the cake in this stage that we had started in Niñóns.