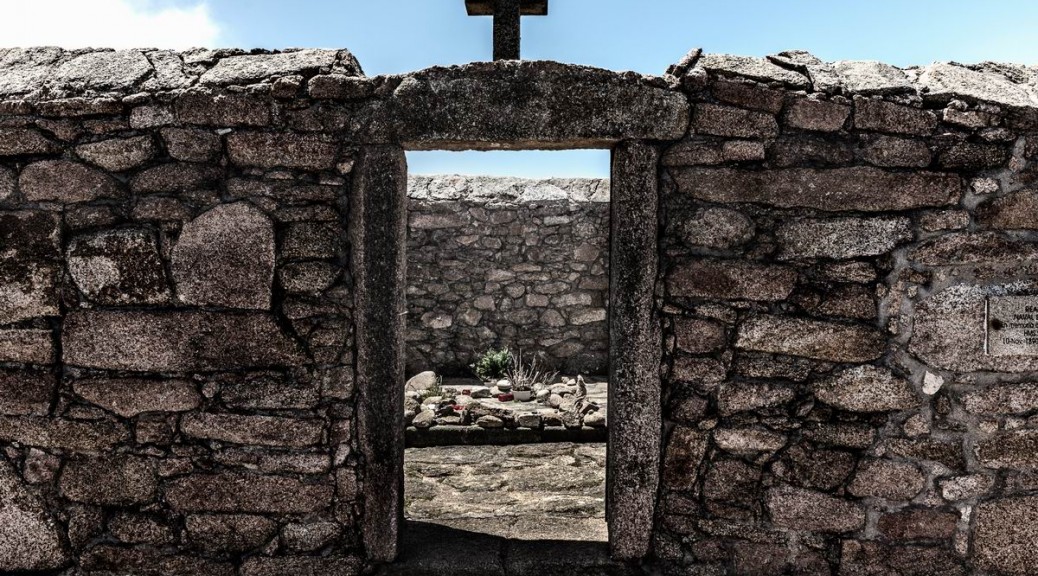 Here, on the left side of the beach Trece, in Cape Tosto, in the “resting” known as the Punta Boi three wrecks took place at the end of the century 19th that left a permanent mark in the History and name of A Costa da Morte: the Iris Hull (1883), the Serpent (1890) and the Trinacria (1893). 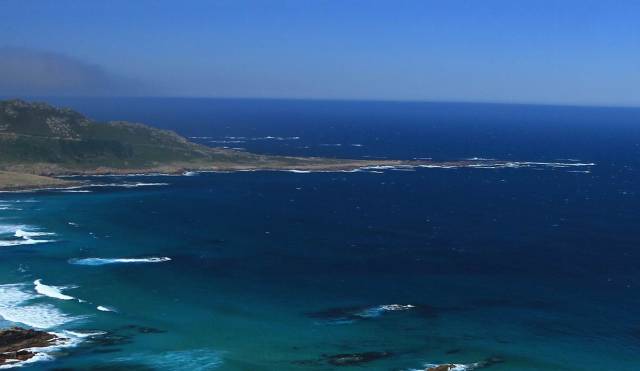 The Irish Hull was an English 1433-ton steamboat that had left Cardiff heading India via Gibraltar, manned by 38 men. At 04:00 a.m., on November 5th, 1883, facing a hard storm coming from the Northwest crashes with the so-called “Baixos de Antón” (“baixos” are a group of hidden rocks on the coast) in Punta Boi. The vessel gets destroyed. The fight between life and death was just starting, lasting a long and harrowing day.

A witness told as it happened: “Yesterday, it was around 8 o´clock in the morning, when we started hearing that a steamboat had wrecked near the CapeVillano and its crew members were asking for help from the masts. Loads of people run to the place where the wreck was taking place, encouraged by the feeling of humanity. We were looking forward to saving those unfortunate men that were fighting against the death at half league distance North in a place known as the Point Boi. The image we saw when we arrived was devastating: the vessel was completely under the water and partially destroyed. 2 out of the 3 masts were still in good condition and in the riggings, tied up to the masts, 9 men that as soon as they saw some people onshore who were ready to help them, doubled their cries for help. They were close to the land that, on days overwhelmed by calm, people from the vessels can have conversations with those in land, leaving all these rocks dry when the tide is low.

Such an image, hit the spirits, increasing the pain as the chances to get them saved were small. There were huge mountains of water that covered them from time to time. The wind was blowing hard from the South and the breakers that reached further than 2 miles, made almost impossible reach the vessel by using small boats and save these unfortunate people”

During the whole day, the rescue actions were unsuccessful. Two of them tried to reach the onshore by swimming but they ended up disappearing under the waves. Luckily, there was a survivor called George Chirgwin that was pushed by the sea to the land and he appeared full of blood on the beach Reira. 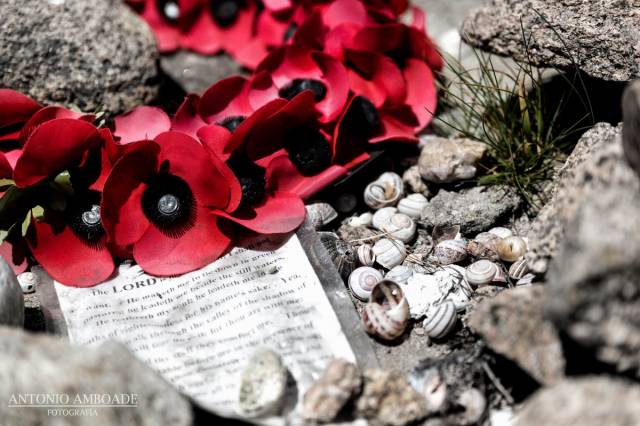 A great deal of criticism was published on the papers regarding the isolation this village was involved in. “This devastating event filled the inhabitants of this village with a feeling of sorrow. If you publish the piece of news you will help humanity, highlighting the fact that the authorities in charge of the Navy have ignored this area for long as there aren´t any rescue and survival equipments other countries are provided with on a coast that is broadly  known as being really dangerous where lots of wrecks occur. Without no doubt, if yesterday we could have thrown a rope to the men who were on the masts, as it was that close to the land, there would not have died. But as we can see our authorities think about the risks when the tragedy has already occurred and whereas we are witness of a tragedy as this one the only think we can do is just to stay there just watch without doing anything”

The corpse were buried next to the Point Boi, a kind of deadly point where seven years later the wreck which would be the one that would have more impact along History happened.

The ship Serpent was a vessel that belonged to the British crown. It was 75 meters long with 175 crew members. It had left Plymouth on November, 8th in 1890 in the middle of a huge storm coming from the Southwest, commanded by the highly experienced Harry L. Ross. The gunboat Lapwing was sailing with them and it was heading Sierra Leona via Madeira. 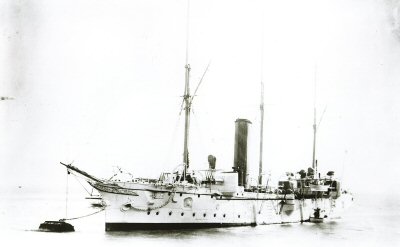 At 11:00 p.m., on November 10th crashed against the rocks in the Point Boi. It got tucked among the rocks but it successfully remained on the surface for longer than an hour, throwing some ropes that broke when hitting the rocks. They tried to raise the boats but the waves made them crash against the rocks. Every time they tried to leave the ship was unsuccessful and the scenes of chaos and panic covered the night.

The rough sea took these crew members´ lives away. Only 3 of them could miraculously survive as they were literally spat by the sea to the beach Trece. Two of them were wandering around up to the mount till, in the following morning, they were found by a farmer in Pescadoira.

Along the following days, the sea was leaving the corpses along the coast, most of them were the corpses of young men. The inhabitants of Xaviña and Camariñas helped to bury them in a place that had been already devoted to bury the crew members of the Iris Hull: a small cemetery, known, currently, as the Cemetery of the English. 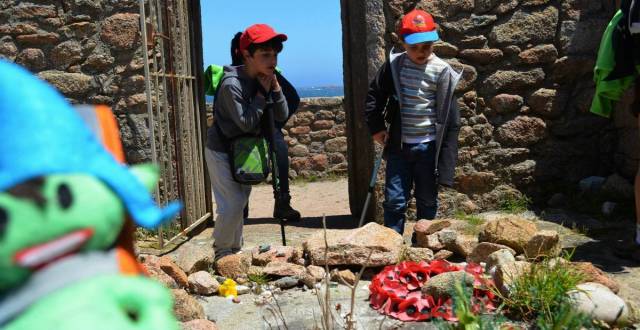 After this tragedy, the priest of Xaviña and the inhabitants of this area were awarded by the British Admiralty. A shotgun for the priest, a golden watch for the mayor and an air pressure sensor for the village of Camariñas. The sensor can be seen in one of the houses in the port.

Throughout the years, every time a ship sailed this area its crew members used to fire a salute throwing a wreath of flowers to the sea in memory of the victims. This has been the wreck that has had a bigger impact all along History.

As a reaction to this tragedy, some changes were made to improve the conditions of sailing along this coast. One of them was the construction of the Lighthouse Vilán, whose construction was rushed after these three tragedies. 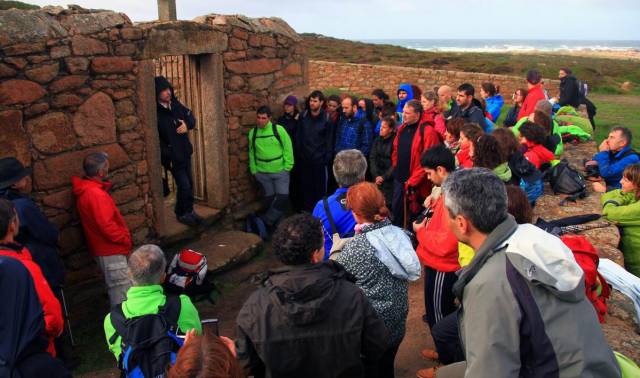 It was early in the morning from February 6th to 7th, in 1893 when a storm was hitting the coast of Vilán. The British vessel Trinacria had left Glasgow heading Gibraltar, Genova and Livorno, with a load of iron, brick, coal and wax. 33 crew members and 4 passengers, including a 15-year old girl were travelling there.

When they were about to dock in Vilán, its captain Mr. Muny mustn´t have realized that they were approaching land in a dangerous way. At 6 o´clock in the morning, it crashed against the lowest area of Lucín. The scenes of chaos and panic started happening again on this coast and another ship was victim of this Point Boi that never “forgives” an error. Surprisingly 7 crew members were brought back to the beach Trece watching, at sunset, how there was nothing left from the Trinacria. They were taken to Camariñas where they were assisted till two days later, they set off to Corcubión.

Little by little, the sea was “spitting” the corpses that ended up being buried in areas nearby. After a few days, loads of wood, ropes, wax, pieces of clothing and corpses started appearing among the rocks. Although they tried hard to identify them, they ended up throwing petrol over them and burn them. Since then, this place that is very close to the Point Boi is called as “A furna dos difuntos” (The cave of the deceased)

This tragedy was the straw that broke the camel´s back. The tragedy of the Serpent had taken place 3 years before, and in that period several tragedies had occurred in the same point. The British sailors called this area the coast of death and the British authorities put some pressure on the Spanish ones. The Lighhouse Vilán is opened in 1896, being the first electrical lighthouse guiding the sailors in this difficult sea to sail Costa da Morte. 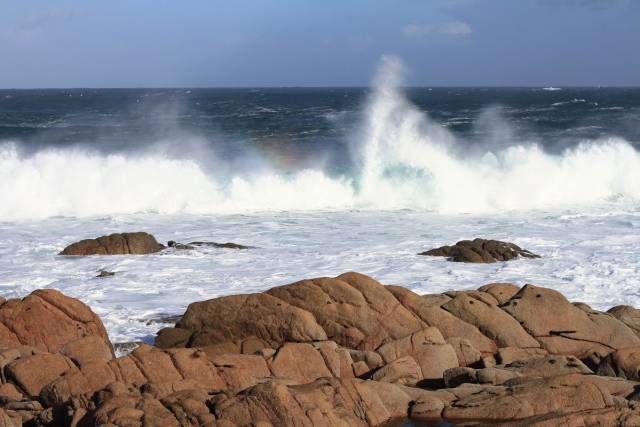 We stop to visit the cemetery, and looking towards the sea of Punta Boi, we think about how beautiful O Camiño dos Faros is for some people and how tragic is for some other ones.

From this point, we watch for first time the mythical Cape Vilán, a key point in this Camiño dos Faros. It will take us longer than two hours and a half to reach it. 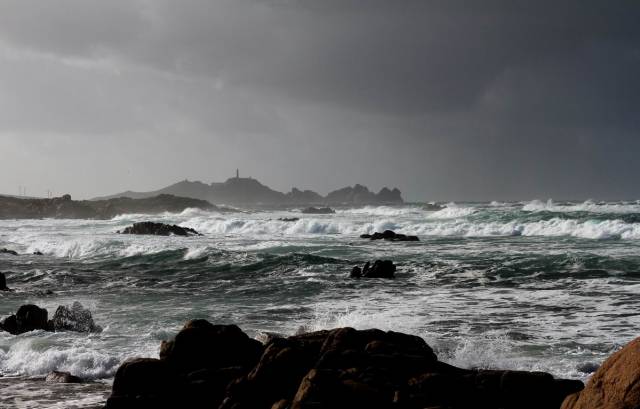