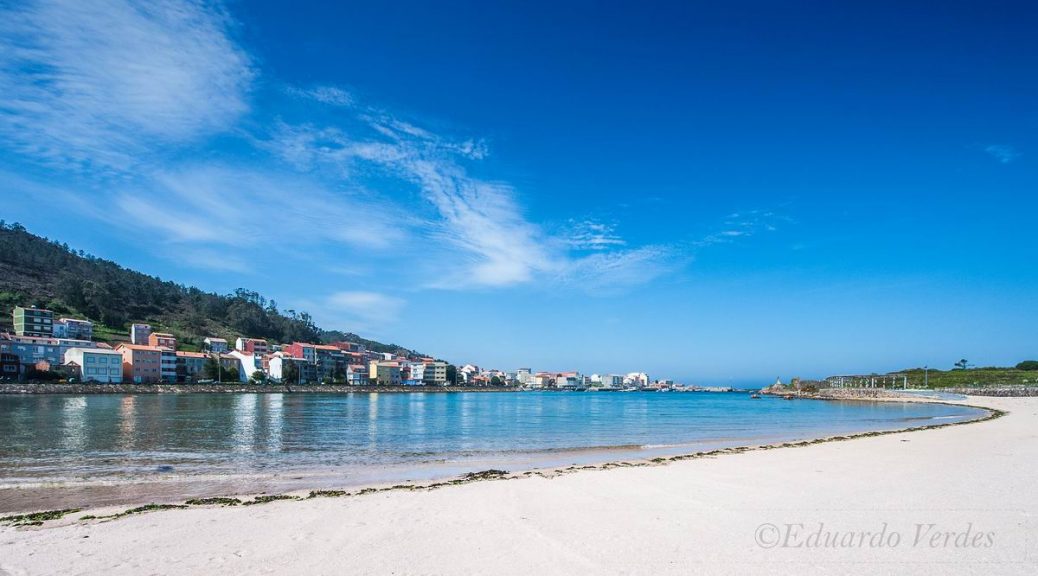 <<From Traba to CamelleThe Museum of Man>>

Camelle is a small and beautiful fishing port that keeps its charm. We are getting into the heart of A Costa da Morte, one of the stretches with more shipwrecks worldwide. Its inhabitants, most of them devoting their lives to fishing, have the reputation of being people that risking their lives have helped to rescue many wrecks in these coasts. 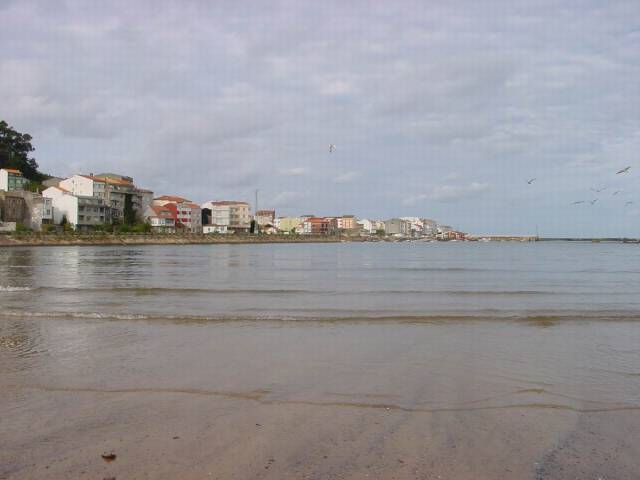 From one of these wrecks, the one of the EnglishvesselCity of Agra that wrecked in 1897, its bell is kept in the church Espíritu Santo. The heroic attitude of the inhabitants of Camelle and Arou during the rescue was the reason why they were decorated by the English crown.

In 1898, the sea rescue station Barbeito was settled. Its main tasks were not only to render assistance but also to save the loads and to dismantle the wrecks. As Camelle was the place where the castaways used to go to receive the first assistance, there were some insurance companies, some customs broker staff and some consuls from different countries.

We arrived in Camelle through the beach and we turned off on the right as this is the way to the port. Then, it is when we can see the activity in this small port. 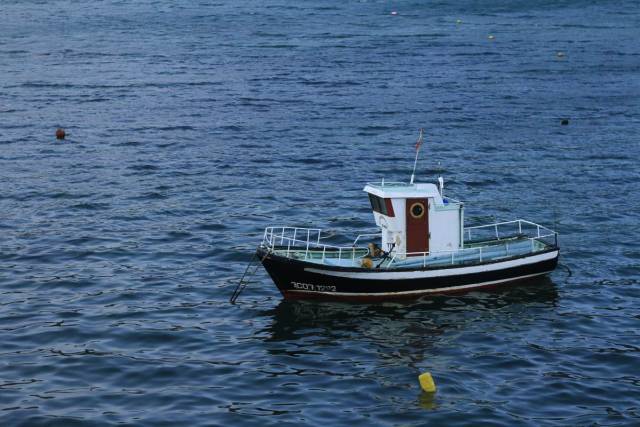 There used to be some rocks hiddent that could only be seen when entering in the bay in Camelle whose name was A Pedra do Porto but that were demolished when the dam was built in 2005. It was there when at the beginning of the 20th century 3 vessels finished at this point their voyages forever.

It was a foggy night and there was a gale during the night of 10th February in 1904. The Yeoman, an English vessel recently built in Liverpool and commanded by Mr. Willian Lang, was doing its voyage from Liverpool to Calcutta with a 4,000-ton load, a 2,000-ton load of salt and 1,500-ton load of coal. As the conditions of the night were highly risky, the officers decided to take turns when being on-call duty in the vessel bridge whereas the rest of the crew, 80 crew members (67 Indians) and 4 passengers slept. At 03:00 a.m. the vessel hit against “A Pedra do Porto”.

There was a moment when the crew was overwhelmed by the panic and they were not able to follow the instructions given by the captain. 8 Indians took one of the lifeboats that some few hours later would appear destroyed on the beach Arnado, with 4 corpses. The rest of them survived thanks to both the generosity and bravery of the inhabitants of Camelle that they risked their lives to save them from certain death.

Two days later the wreck, part of the goods the vessel was transporting reached the beach and the people from the area jumped from one rock to the other in order to get some of it.

At 23:00, on January 12th in 1915, the vessel Natalia wrecked in the same point. This was a 2,000-ton Spanish vessel that was leading to Coruña and Vigo with load. After leaving part of the load in Coruña, it was sailing through a dense fog when it hit against “A Pedra do Porto”. People from Camelle went quickly to save all the 35 crew members. On the following day, the swell destroyed the vessel although a winch and a collection of looms were recovered. Besides, some bales of materials, some large sacks with some cod and some sulphate were found days after. 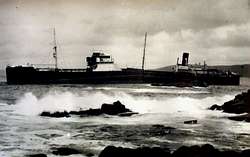 On August, 20th in 1934, the Russian 13,000-ton oil tanker Boris Sheboldawev with the best technological equipment at that time was sailing towards Batún from Lenigrado with its storage tanks empty. In the middle of a gale surrounded by fog hit against “A Pedra do Porto” and in less than half an hour it broke up and the light went out. Answering their cries for help, the brave fishermen from Camelle arrived although this time the situation was not easy at all. The vessel was parallel to the coast stranded in that rock facing a rough sea whose waves literally were sweeping away the deck. During that horrible night 28 out of 41 crew members were rescued. The rest of the crew members, who remained with the captain in the bow, were rescued on the following day.

Despite having its storage tanks empty, this accident caused the first oil spill along A Costa da Morte. Over the beach there was a dense coat of oil and neither fish nor seafood were allowed to be consumed for a year. As you can see, lots of stories of wrecks are linked to A Pedra do Porto.

At the end of the dock, it is the museum that can be considered the most peculiar in Galicia: a museum of stones that have the most diverse shapes and colors that a man coming from Germany created after being captivated by this area: Man, the German of Camelle.