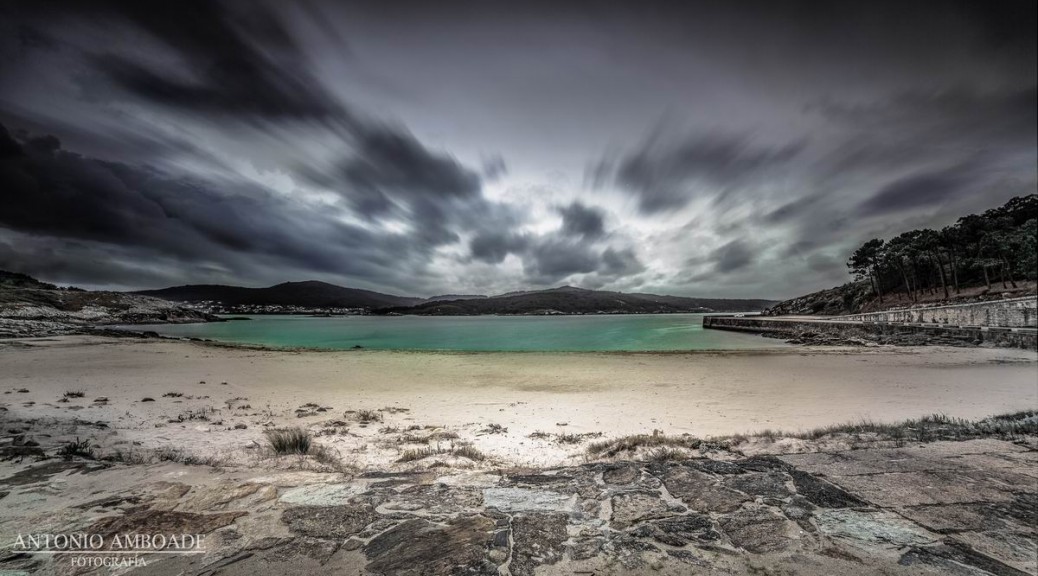 When we get right to the beach, the beach is divided in two small coves, Big Valarés and Small Valarés, which was for long the place chosen for people as a campsite area where free camping was allowed and a lot of families used to spend the whole summer there. The well-maintained pine tree forest surrounding this sandy area is perfect to enjoy a meal or just to make a stop along O Camiño dos Faros. 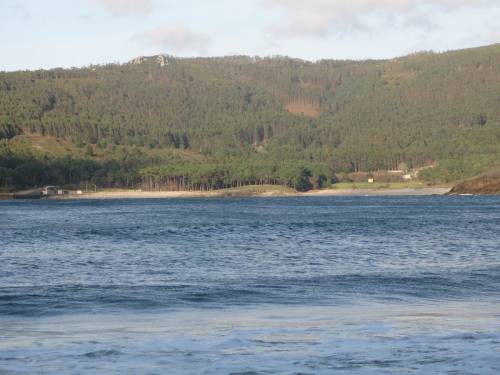 The history of Valarés is also the history of Titania S.A., which is a Galician mining company created in 1936 and closed down in 1960, which was devoted to the exportation of titanium in Valarés. The mine was discovered in 1935 by the geographer Isidro Parga Pondal, and the brothers Fernández López also participated in this company. Titania was the exception to the tungsten electrodes rush of other mine in the area. 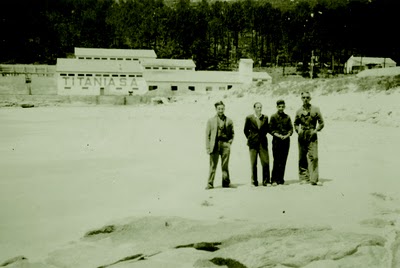 This mine provides the inhabitants of Corme and Laxe with an important economic push during the hard postwar years. They had an “economato” (a kind of supermarket where the goods had much lower prices), good salaries for the time and decent working conditions.

Nowadays, some remains of the port can be seen and some parts of the pools where the “rutilio” (titanium oxide) was separated from the sand, however these remains are in bad condition. Apart from the titanium, they tried to process the sulphur from other mines, but they stopped doing it because many workers started suffering from hair loss and having some spots on their skin. Not very long after, the titanium rush came to an end and in 1960 the mine definitely closed down.

Regarding this mine,  Luís Giadás published in El País, on June 6th, 2010 that: “The mine brought an end to hunger in all the estuary of Corme and Laxe”, he confirms. The cards of the beneficiary of the “economato” and the interviews carried out to 20 neighbors that formed part of this enterprise are basically the only information we kept about the mine. In a deeply wounded economy because of the Second World War, the uses given to the titanium were suspicious for the workers, who didn’t know what they were working for. Some of them believed that the material was used by the pharmaceutical industry. Some others thought that it was used to make the coarse striking surface on the edge of a matchbox. Some of them were convinced that it was used to cover the bullets as the tungsten carbide did. “Most of the material was sent to the Basque Country, for the enterprise, Unquinosa, run by German people”, pointed out Giadás, who doesn´t not dare to explain how far Titania S.A. provided the war in Europe with the material required. “In this mine, what is hushed up is more interesting than what is said”, he states.

In Valarés, first, the stone wokers built a port hid not only for the titanium but also for smuggling. The women in O Couto, a place near Valarés, women learnt how to mix cement to help the men to build. When the mine started to be used as a natural resource, these women were the ones in charge of carrying on their heads the “bacías” (kind of plastic bottles) with the precious mineral, always mixed with the sand the low tide left. Women made less money than men –on average was 15 pesetas (a coin used in Spain before the euro), in the 1940s- but as men, they were covered by an insurance from the very first day of work and they were paid their extra hours. “Titania S.A. was a very modern factory if we compare it with those of that time. When this mother-lode rush is over in the 1960s, the discrete place Valarés was used for cigarette smuggling. The beach is kind of difficult to see from any spot.”, Giadás explains. 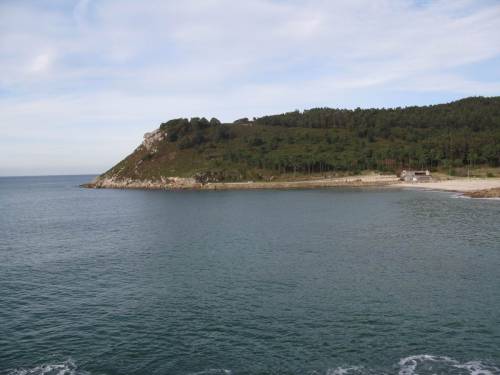 The “economato” of Titania S.A., which sold basic foodstuff to the employees who paid a price much lower than that of the market, made the years of rationing be less hard. The surpluses of flavor and oil were resold to buy shoes. There are still some neighbours who are paid the pension for all the years they worked in the mine. “In an economy that was mainly dependent on the agriculture and the sea, the mine was the first contact with the secondary sector”, Gaiás states. Most workers didn´t stay long because the salaries in Valarés, good for the time though, couldn´t be compared with those of the French and German factories in the 1960s.