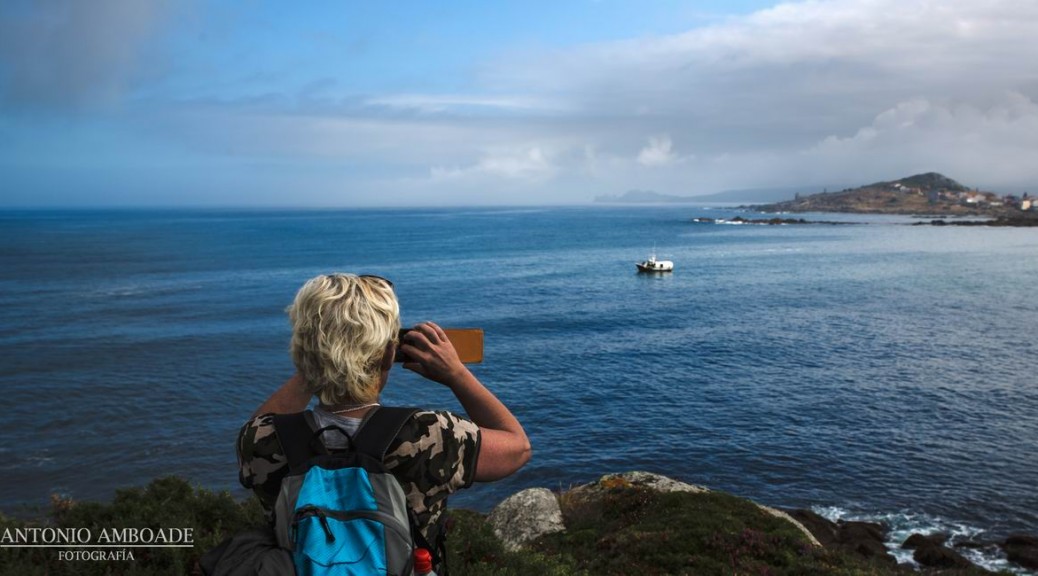 <<Walk of Memory: the disaster of PrestigeLeaving Muxía>>

Distance Stage 7 (it´s given in kilometers)

As you have arrived at this stage, you are supposed to be in fit to do the following two stages left to arrive in Finisterre. This penultimate stage is the most demanding one of this Camiño dos Faros, mainly at the beginning, along the 10 kilometers from Lourido to Moreira with loads of ascents and descents.

We leave Muxía across O Coído and we walk across the beach of Lourido till we reach the Coído da Agra. From this point we start ascending to the MountCachelmo (750 meters up from 0 to 150 meters, with an average gradient of 23%). Up there, in the mountCachelmo we enjoy amazing views of Muxía with Vilán in the foreground, and of Point Buitra with Touriñán.

From that spot, we start a kind of difficult descent that will take us to the beach of Arnela. From this beach, we will ascend to the track that takes us to the end of Point Buitra and to the summit of the mount with the same name, from which we see the panoramic view of the rest of the stage, with Cuño, O Pedrouzo, Moreira, and all the peninsula that forms the CapeTouriñán.

We choose a place somehow near the antenna that is in Point Buitra to start a descent to the Coído do Cuño whose last stream is a good place to have something to eat and drink and SPA.

When we get to the beach Moreira, the stage starts being less difficult in this second part. From Moreira a dirty track takes us to Touriñán. We will arrive there by getting the right side to the lighthouse of Touriñán, the westernmost point of this Camiño dos Faros, and on many days, where the sun sets the last in Europe.

In the last part of this stage, we will walk along Insua and the Coído de Touriñán to get to the Mirador. There is a road at this point that will take us close to the beach Nemiña, walking across the village Talón. It is the beach Nemiña, the penultimate stage.