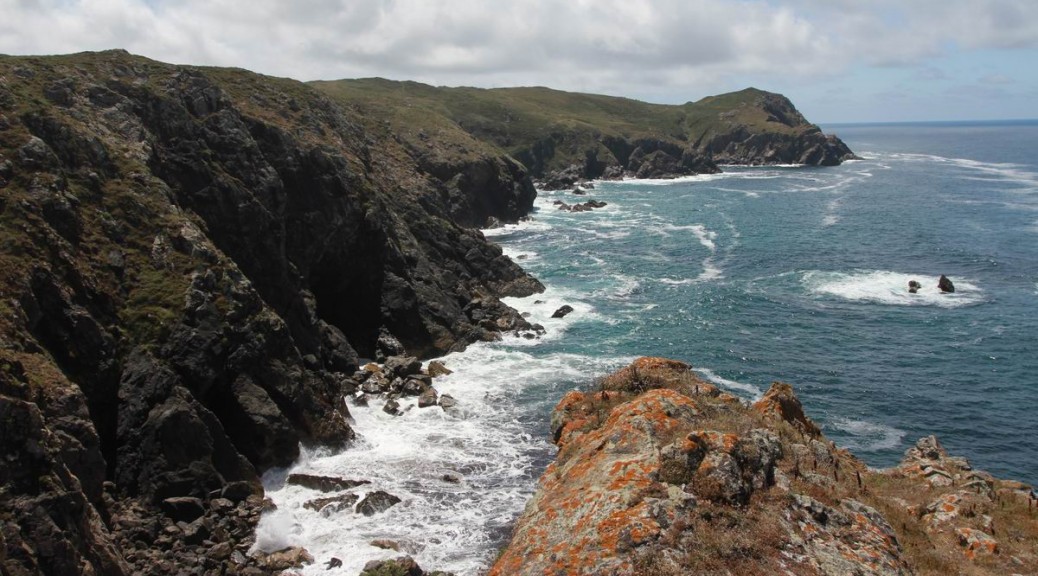 This stretch between Punta of the Pardas and Punta Castelo is a very good example that describes perfectly O Camiño dos Faros. It is a coast of an unquestionable beauty, full of history that dates back to time immemorial and that hides a past of death in the middle of a paradise. 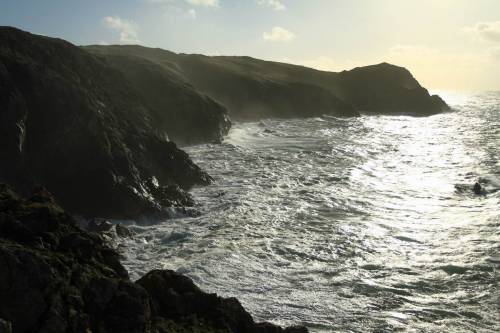 We walk bordering Rostro and the panoramic view from the Point of the Pardas is amazing. We have to be very careful and not go too close to the edge as these cliffs go down vertically towards the ocean of the Punta Castelo, on the foreground, challenging us.

Right at this point, in the middle of an explosion of life, it took place one of the events that changed the life of this area for a few days.

On December 5th, in 1987 early in the morning the Panamanian flagged-bulk carrier Casón was sailing 15 miles off Fisterra with 31 crew members, all of them from China, with a load of 1100 tons of chemical flammable, toxic and corrosive  products whose destination was Shangai. In the middle of a huge storm, the load is moved and a big fire starts.

The captain who is the only one who knows what they were carrying orders to leave the vessel. In the middle of the smoke and the toxic gases a lot of the crew members jumped into the sea, they had to do whatever except staying on the hell where they had got into. It was only possible to rescue 8 crew members.

The ship owner doesn´t take any responsibility during the rescue and the Cason, in spite of the fact that the tug boat was nearby, ends up crashing and wrecking between the Punta of the Pardas and the Castelo. 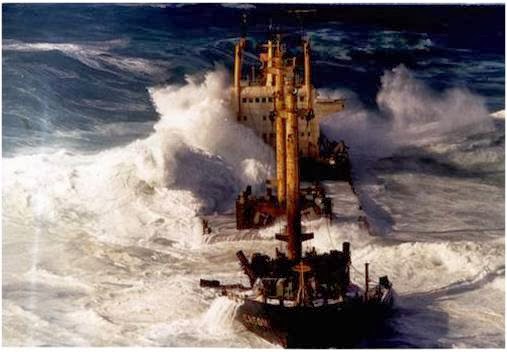 From that moment on, there are several theories about the kind of load the vessel was carrying and people start getting worried. On December 10th, in the afternoon, and forecasted alive the load spilled on the ocean starts provoking explosions when it gets in contact with the water and the vessel, involved in smoke, seems as if it were to burst. The state of alarm of the inhabitants who were already nervous because of the lack of coordination and the contradictory information the authorities and the media provided them with.

On that night, the “Delegado of the Government” announces via the Galician Radio that there is a toxic cloud and 700 hundred buses are taken to Fisterra to evacuate the inhabitants. After listening to him, there is a massive runaway. The inhabitants take their own cars and drive away towards the nearest villages. The main roads of Vimianzo and Carballo are filled with people that are very scared and arrived by car, busses, or even in the trucks filled up with fish. Hours later, García Sabell, refutes the fact that the cloud was toxic. But it was too late.

Schools and sports halls are packed. About 12,000 neighbors that were returning to their villages. It is also true that some inhabitants had decided not to leave the village despite the threat. 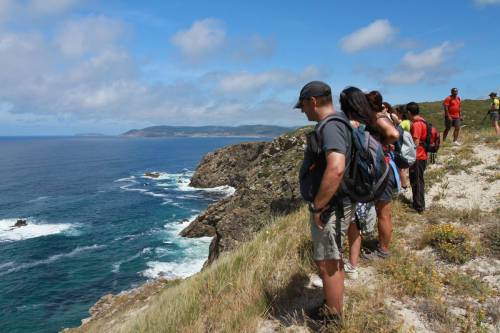 The History of this vessel didn´t finish there. The government decided to take the load to Brens but its inhabitants didn´t want it at all. From that moment on, the load started a kind of pilgrimage that finished in Aluminia-Aluminio in San Cibrán. There, in the middle of the mess that this arrival had provoked, the workers decided to leave the building and the ovens of the factory stopped working. The economic loss reached 120 million euros, that has been the most expensive tragedy in Spain for sure. 109 workers were fired and the 22 members of the work council.

In the end, the load ended in Antwerp, the vessel was dismantled and the its structure remains here, under the water 100 meters off the coast full of stories, in this Costa da Morte.

On our walk along the cliffs, we admire the beauty of this place so rough. From this balcony overlooking the sea, we remember the History. 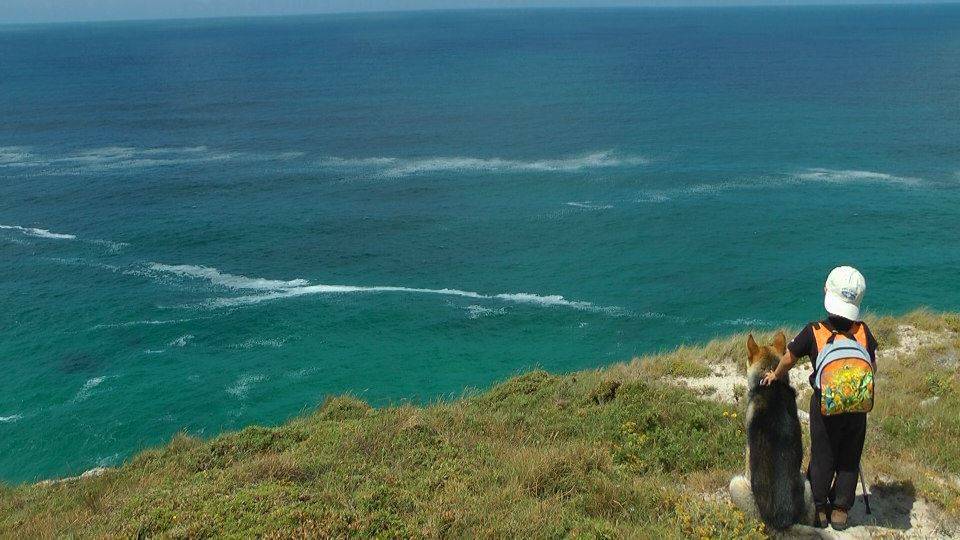