The Romanesque church of San Xiao de Moraime, built in the 12th century and declared a historical-artistic site, it is the remain of an ancient Benedictine monastery that is an essential element to understand the History of Muxía. The donations given by Alfonso V in 1119 helped to build it in the same place where there had been an old chapel that was destroyed firstly by the Normans and later by the Muslims. 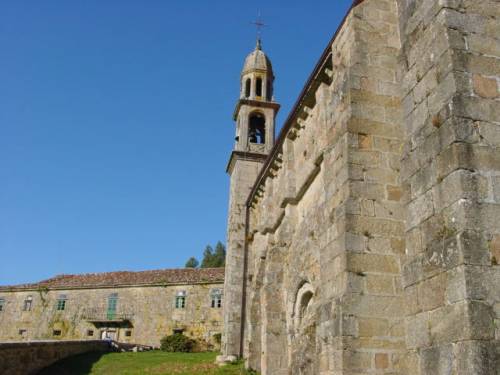 It was built over an old Romanesque necropolis and it has a basilica ground plan with three naves and three apses. The apse that is in the middle is rectangular. The central nave is divided in five areas divided by semi-circular arches. 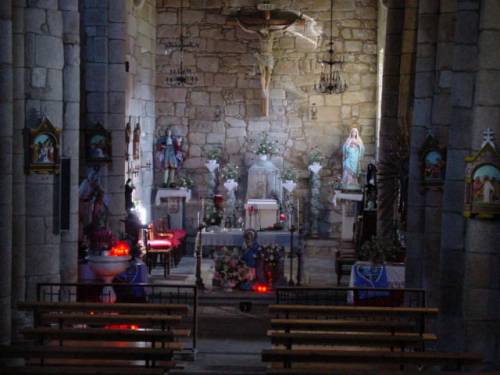 The decoration of the façade has some rose windows and small Romanesque windows that flank the main portal that adapts to the terrain relief, giving the impression that is not balanced. On the main portal we can point out the figures of the archivolts that surround the figure of the Salvador. We can say that they are kind of similar to the ones on the “Pórtico de la Gloria” (the Portal of the Glory) in Santiago de Compostela Cathedral.  By walking through the door of the southern wall, it was possible to enter the ancient monastery. On that door, we can see an image of the “Last Supper”. 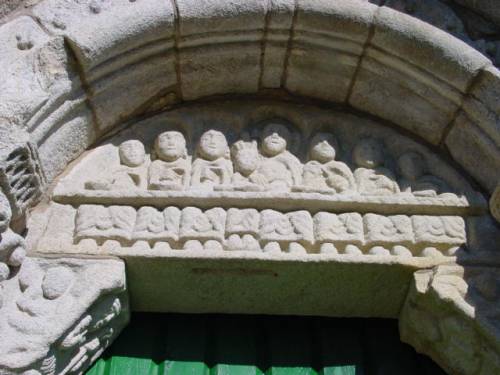 Inside the northern wall, some ancient paintings that represent the seven deadly sins and the death were discovered. Near the church, the rectory house built in the 18th century, contributes to make of all these ancient buildings a very interesting group of ancient monuments.

In the excavations that have been carried out, some remains of an ancient fountain and of an ancient necropolis have been found. Only 1 kilometer away from there, we can see a L-shaped “hórreo” in Oruxo.