At the top of MountInsua we can  the Lighthouse of Laxe. It was built in 1920 and it is similar to that of O Roncudo, a simple cylinder covered with white tiles. Its situation, as that of the rest of the lighthouses, is privileged. 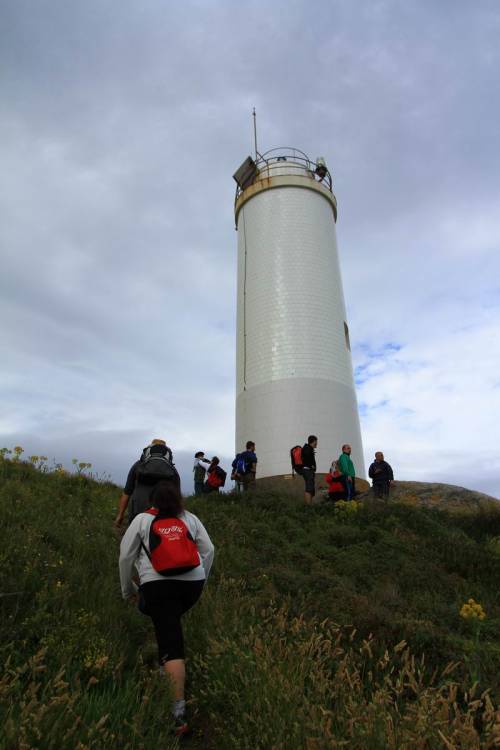 The vessel “Playa Arnela” sank in 1972, a vessel from Corme that was arriving to port when it hit against the rocks of Punta da Insua. Only two members of the crew survived. “This sea never forgives” as it is usually said by the inhabitants of this area.

Close to the lighthouse we can see the bronze sculpture “A Espera” (The Waiting), a tribute not only  to all the seamen but also to their women waiting for them to return. 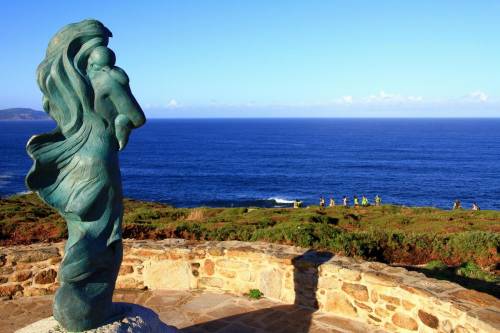 On our right, the views of all the estuary of Corme-Laxe are amazing and if we have a look at our left the views of the open sea till Punta Boi are also awesome.