Camariñas bids O Camiño dos Faros farewell. We get up early in the morning and we see the sunrise whereas we leave towards Muxía where this 6th stage will finish. 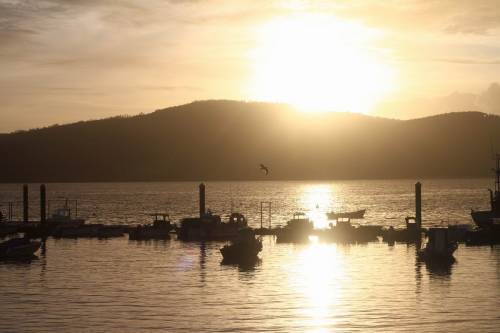 We take the way that surrounds the canning company Cerdeimar. With the arrival of the Catalan businessmen, from the 17th century, the industry of the salting process was mainly the one that gave boost to the Galician economy.

Around the middle of this century, the most important port in A Costa da Morte was Camariñas. More decked vessels than in any other place to trade the sardine with different ports from the Atlantic and Cantabrian coastline belonged to this port. They left the port loaded with sardines leading to the Basque Country and they came back loaded with iron they sold in the area.  In the Registry of the “Marqués de la Ensenada” in 1753, it is referred to the way of fishing the sardine in the village of the bobbin lacework.

With these new ways related to the salting process, the fish was salted in barrels to consume them in the winter months, mainly in the inland areas. “Salazones Cerdeiras” was founded in 1884 and after four generations is still operating. 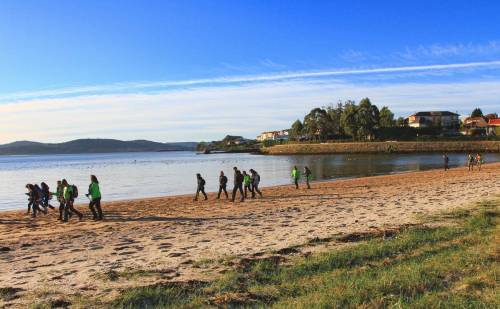 The beach Area da Vila is one of the most visited by the inhabitants of Camariñas. In Saint John´s Eve the “Lumarea” takes place there, where the biggest bonfire of A Costa da Morte is lit.

At the end of the promenade bordering the beach we take a small path that takes us to Lingunde, another treasure of this estuary. From there, we start walking along the Bay Basa. 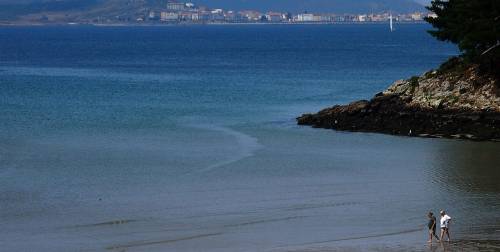